Fireworks at the Death

I managed a late afternoon Bonfire Night visit to the patch. The weather was fairly pleasant with broken clouds allowing for some nice bright afternoon sunshine to creep through. It was a relatively mild afternoon, but the temperatures quickly dropped as the sun started to set. 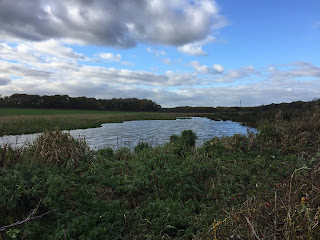 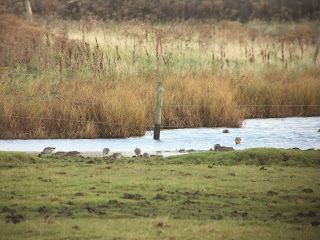 Starting at the flooded field on Carr Lane I was disappointed that it was very quiet, although given that the landowners have started to shoot on the Pool maybe it isn't too surprising. A few Moorhen, and 2 Eurasian Teal were the only birds present, but even passerines seemed to be in short supply. Carr Lane Pools weren't much better with only 14 Black Tailed Godwit, 3 Redshank and a single Snipe among smaller numbers (than of late) of Eurasian Teal, Wigeon and Shoveler. 2 Mute Swan were again present, presumably enjoying a little trip away from their usual haunt on Frodsham Score? 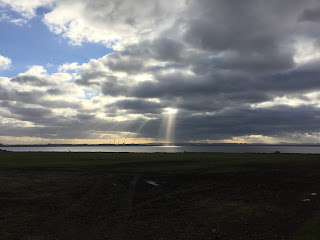 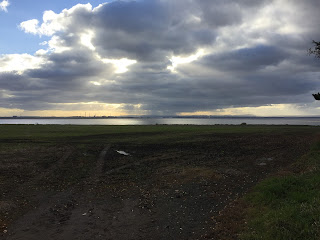 With the tide being quite high I decided to park up at the end of Church Lane and have a scan of the Mersey and marshes. 2 Great Crested Grebe were the only birds on the Mersey other than a few small rafts of Gulls. It has been a really poor year for windblown seabirds, hopefully 2017 will prove more successful. A single Great White Egret was feeding on Ince Marshes, whilst up to 9 Little Egret were scattered across the Score and Marshes. A Merlin was being mobbed by 2 Carrion Crow, and a Peregrine scattered the roosting ducks, but it was painfully quiet otherwise. 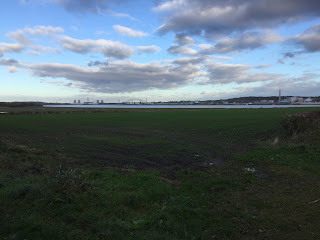 I had a quick wander along Within Way, but it too was very quiet. The marsh held a few small groups of roosting waders and up to 36 Cormorant. But with light quickly failing I decided to call it quits and head round to the bridge on Town Lane to see what came into roost on the decoy. 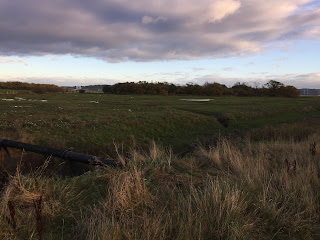 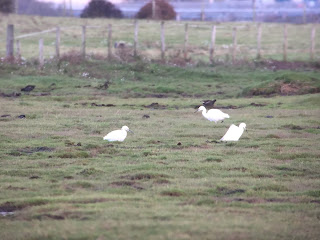 Fortunately it seemed to be a better decision. 5 Little Egret were feeding on the Marsh, presumably stocking up on food before heading to roost. A scan of the Marsh revealed 2 Merlin sat on the fenceposts on the west side, and a big female Peregrine came towering over me before settling somewhere on the decoy. 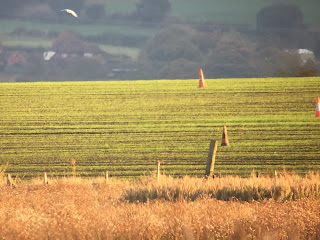 A Stonechat was feeding actively among the weedy section of the marsh, whilst a scan of the c.400 Black headed Gulls in the field at the back revealed a nice adult Mediterranean Gull. As the light started to fade the first of the Egrets started to head towards the decoy. I eventually picked up a Great White Egret heading in from the west which flew into the decoy, but sadly didn't do the decent thing (like the Grey Herons) of sitting out in the open. 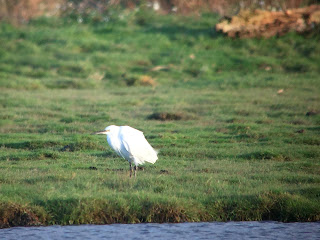 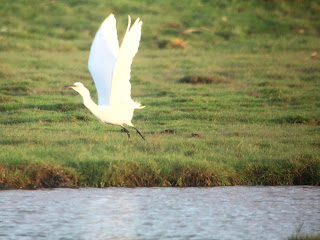 With the light almost gone, I headed round to Carr Lane briefly where I could immediately hear some Water Rail. I heard what I thought was a brief snippet of Cetti's Warbler chattering, but sadly it didn't decide to call again. It was almost dark, and most of the birds appeared to have already gone to roost so I headed home. However that wasn't quite the end of it.....

Pulling onto Higher Road from Carr Lane I noticed a big lump sat on the fenceposts along the road. Half expecting it to be a Common Buzzard, I was shocked when I could suddenly see two large ear tufts sticking up from it's head. Slamming on the brakes (a controlled emergency stop honestly!) I was gutted as the Long Eared Owl flew away from me over the fields and towards Ramsbrook Lane. A very frustrating episode as it was only about 200 yards off my patch boundary, and even worse that it flew away from me and didn't have the common decency of flying onto patch. A missed patch lifer, but a cracking bird nevertheless.....I just hope it reappears on patch.