Into the Final Stretch

Another frustrating week of receiving reports of good birds on patch - Bittern, Rough-legged Buzzard, Short-eared Owl and a Sandpiper that ended up being reported (from a single photograph) as Spotted at the very eastern edge of the patch. I managed to get a brief visit in before darkness fell on Friday. It was relatively mild but grey afternoon, although it felt surprisingly cold by dusk. 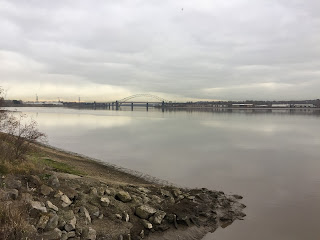 I headed straight to Pickerings Pasture, parking up by the entrance and walking along the river wall to the white bridge at Ditton Brook. The tide was already pushing the waders onto No Mans Land - but even from a distance it was easy to pick up the Golden Plover flock, among good numbers of Lapwing, Dunlin and Redshank. 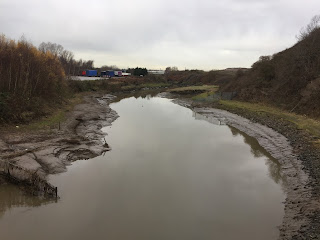 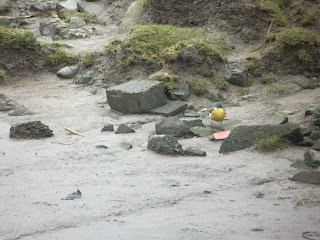 I spent roughly the next hour stood on Ditton Brook Bridge waiting for any Sandpipers to appear without success (although amazingly a Spotted Sandpiper was reported later that evening from the same spot just shortly before my arrival?!). I did however have some nice views of a couple of Grey Wagtail, Kingfisher, 2+ Chiffchaff and a group of 5 Bullfinch. As the light was starting to fade even more I decided to have a quick scoot back towards Town Lane and Hale village. 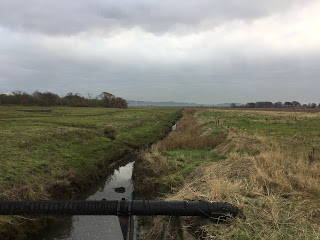 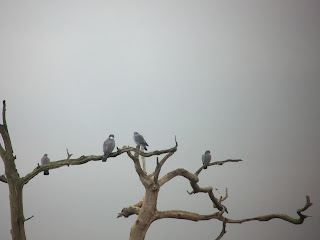 Parking up on the bridge on Town Lane I had a good scan of Hale Marsh, which was decidedly quiet. A single female/juv Stonechat was sat a long way out on the Marsh, whilst the decoy held good numbers of Stock Dove which were starting to arrive to roost for the evening. A couple of Little Egret flew around, but seemed unconcerned about going to roost just yet. 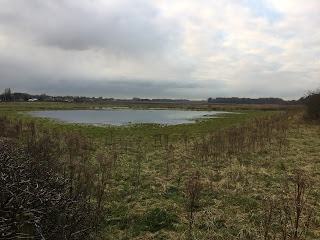 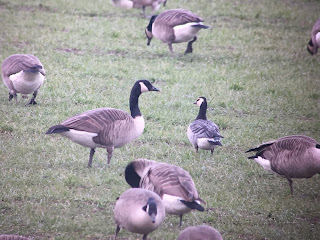 The flooded fields were just as quiet, with brief views of the Water Pipit on the Pools. A Common Buzzard sat up on one of the bushes probably the main reason why it was so quiet! The Pink footed Geese had disappeared from the Canada Goose gaggle, but the single Barnacle Goose was still lingering. A couple of Kestrel and a single Sparrowhawk were mooching around at the back of the fields, again probably keeping any passerine numbers down. 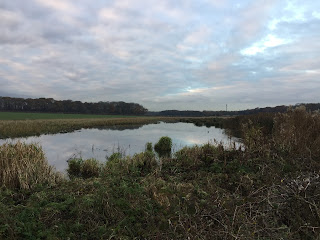 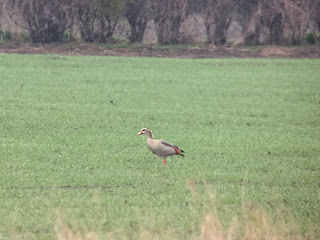 After an unsuccessful drive around Hale village (again!!) looking for Waxwings I headed to Carr Lane. The Pools side of the road were again VERY quiet with only a few Redshank, a small numbers of Eurasian Teal, Wigeon and Shoveler. Moving back to the Ibis Pool I was surprised to see the Egyptian Goose looking slightly furtive as it followed a group of Mallard and Eurasian Teal from the weeds. 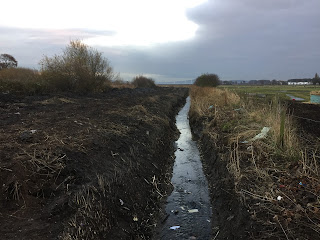 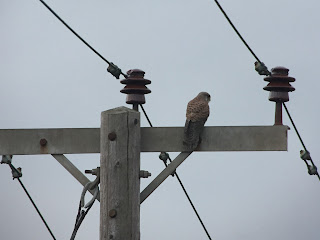 As dusk fell I picked up a Woodcock flying out from the copse between Carr Lane and Ramsbrook Lane. Water Rails became very vocal, with a minimum of 5 birds calling from deep cover. Small parties of Meadow Pipit flew over my head, presumably to roost in the weedy fields. A Merlin bombed over my head chasing a passerine of some sort, I didn't see the outcome. I was joined by Rob and Carol and we had views of a ghostly Barn Owl (a surprisingly rare bird on patch still) as it hunted over the recently cleared Ramsbrook ditch. Carol had a few views of a Short Eared Owl, but sadly I managed to miss it on both occasions. By now the light was all but gone, so I said fair well to Rob and Carol and headed home.