With all of the Christmas preparations already done and dusted I was able to get a bit of multi-tasking patching and then proper birding done on Christmas Eve. Storm Barbara came and went, and to be honest in the North-West we seem to have avoided most of it, other than a few hefty showers and moderate windy conditions. It was a cold, grey day and the wind was still fairly strong. 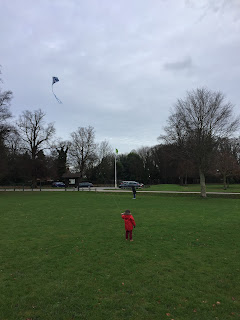 Hale Park held the usual Nuthatch, Treecreeper, Mistle Thrush and a few winter thrushes, which were all apparent despite having the distraction of flying a kite! The biggest surprise came in the shape of four noisy Ring-necked Parakeet that flew in from the Airport direction and headed off towards Church Lane. Only my 3rd ever patch record (after one earlier this year and one in May 2015), and the largest number seen on patch. 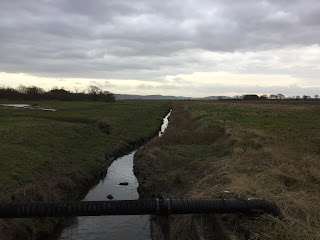 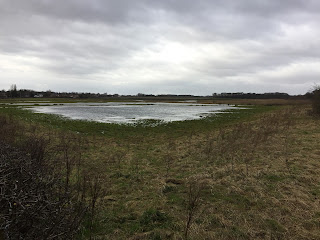 I headed off to have a look across patch on my own, starting at the bridge on Town Lane. It was eerily quiet with next to no birds on either the flooded field or Hale Marsh. A Common Buzzard sat on the middle fenceline, and a single Stonechat were the only birds of note. Presumably something had flushed everything from the flooded field as it is possibly the quietest I have ever seen it. 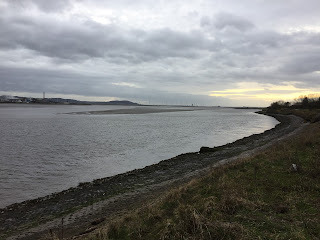 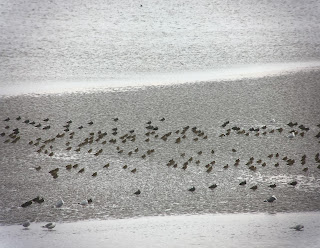 I headed round to Pickerings, driving very slowly through Halebank to make sure there were no Waxwings hiding in the roadside bushes - sadly drawing a blank again. The tide was relatively low, but at least this meant that there were good numbers of Golden Plover and Lapwing sat out on the mudflats again. A few Dunlin and a single Knot hid amongst the flocks, but sadly I couldn't dig out anything better. 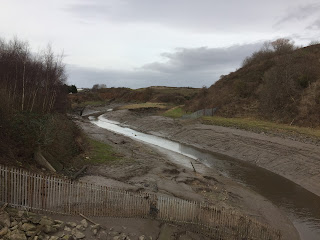 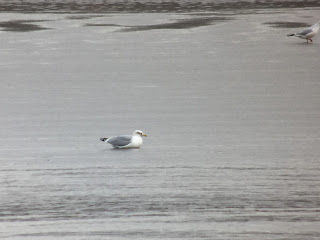 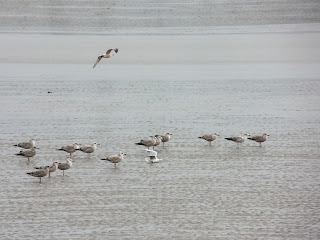 The walk along to Ditton Brook was relatively quiet, whilst the Brook itself was quiet aside for a single Common Chiffchaff (sadly no sign of the interesting Chiffchaff from the other day) and c.50 Eurasian Teal. With gull numbers starting to pick up on the river I spent the next hour scouring through the c.2000 gulls roosting out on the Mersey. I eventually managed to dig out 3 Yellow-legged Gulls (an adult and 2 x 1st winter), and a single 1st winter Mediterranean Gull. Also of interest was a group of gulls that bombed a Black-headed Gull out of the sky, before destroying it after it eventually gave up it's struggle in the mud (vicious!!). 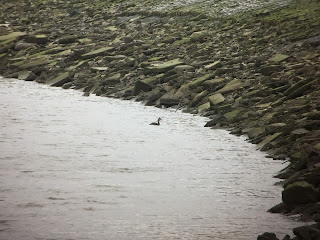 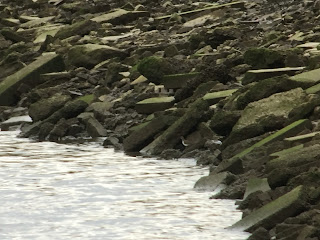 The walk back to the car was marginally more interesting with a single Great-crested Grebe feeding close into the shore and 3 Common Sandpiper feeding along the rubble (surprisingly difficult to pick up from the main footpath). A couple of Bullfinch flew over, and a Great Spotted Woodpecker was in with a small Tit flock that moved east along the main footpath. 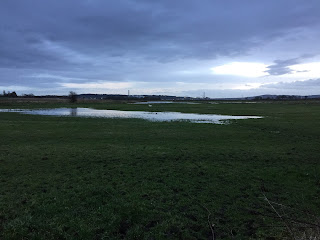 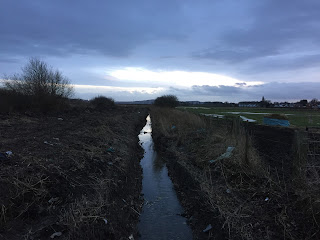 A brief stop at the bridge on Town Lane revealed 2 flighty Water Pipit again, but it was still quiet with next to no ducks on either side of the road. 2 Little Egret were about as good as it got on Hale Marsh! With light starting to fade I headed round to Carr Lane for a dusk vigil. The local gamekeepers were filling the Pheasant traps on the flooded (Ibis) field, but this actually helped me to achieve my largest ever patch count of Common Snipe (55), which were flushed from the area. 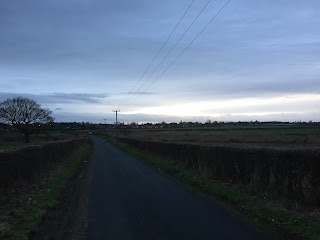 As dusk fell the Cetti's Warbler started to call from along Ramsbrook, whilst a couple of Water Rail were squealing away from the flooded field. A Merlin went dashing through heading towards Hale Marsh and just as the light went the Barn Owl emerged again and fed along the cleared ditch by the bridge. As the temperature dropped away I made a quick getaway to get some nice warming mulled wine down my neck.