Our Time Is Running Out

With time running out in 2016, I managed to get out for a few hours pre-dusk patch birding. It was a lovely clear and bright afternoon, but it remained rather cold, even more so as the sun set. Fortunately the strong winds of Storm Connor had now passed, and it was a calm afternoon on patch. 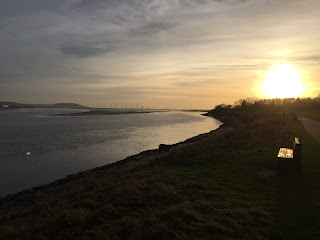 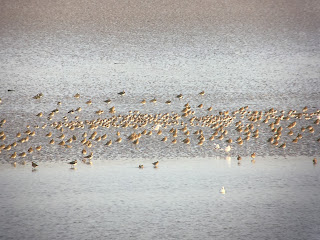 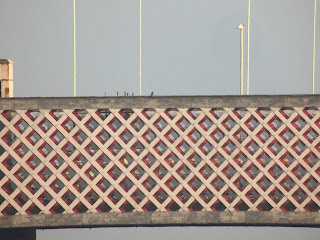 With limited time before dusk I headed to Pickerings, via a slow drive around Halebank in another last ditch failed attempt for Waxwing. The waders were showing well off Pickerings with c.300 Golden Plover, c.100 Dunlin and c. 500 Lapwing. Despite some good gull numbers there was nothing of note in a brief scan. One of the Peregrines was sat up on the Runcorn Bridge, and a scan along the rubble banks of the Mersey revealed 2 Common Sandpiper. 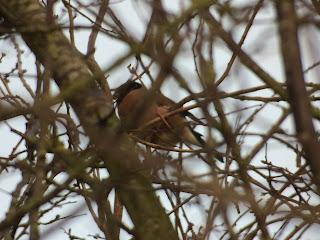 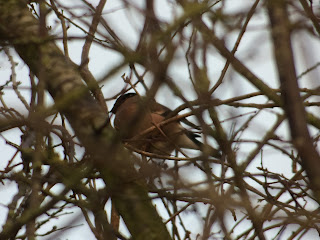 One last scan before I headed off produced a surprise redhead Goosander, heading east under the Runcorn Bridge. This is only my 3rd record of the year (involving 4 birds), so a nice little bonus. Walking back along the hedgerow towards my car I found a nice group of 9 Bullfinch feeding on the "wrong" side of the hedge, I managed a few poor shots of one of the birds, but the majority were obscured by branches. 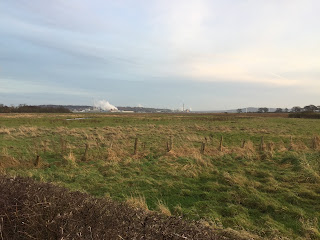 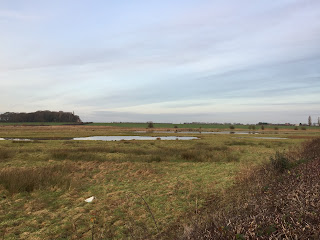 After yet another drive around Hale village looking for Waxwing I parked up at Curlender Way and had a brief look from the gate at Carr Lane Pools and walked up to the start of Hale Marsh. A brief view of a Water Pipit, and a single Merlin dashing through towards Carr Lane were the only real birds of note. But the Marsh did also hold a couple of Little Egret, and the Pools held a decent number of Eurasian Teal and a single Wigeon. 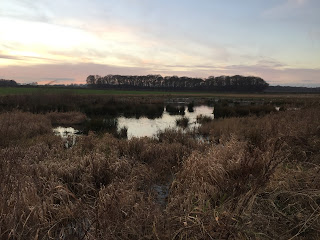 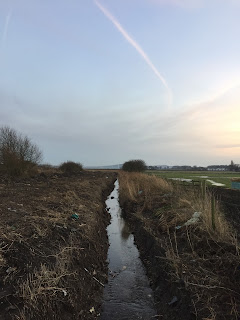 I headed round to Carr Lane to see what came in at dusk. Ramsbrook was productive with a Kingfisher, 2 Grey Wagtail and a single Chiffchaff in with a Tit flock that headed off into Great Boar Wood. 2 Little Egret fed along the channel, whilst at least 5 Water Rail started to call from a number of different locations. A Merlin was chasing Meadow Pipits in near darkness, when I picked up an asio Owl hunting at the back of the flooded field. After a little off-roading I managed to get half decent views of a Short-eared Owl as it fed at the back of the pools. As the light continued to fade 2 Woodcock flew out of Great Boar Wood and appeared to land on the edges of Carr Lane Pools. The final bird to put in a showing was one of the local Barn Owls that fed along the rough scrubby area at the back of Ramsbrook. All in all a very enjoyable, but very cold dusk session, but some great birds to get 2017 up and running (hopefully!).