I had a small window of opportunity to get out on patch, and with news of a patch mega at Pickerings (aka Tony Broome) I thought I would have another look for the Phantom Sandpiper. It was another relatively cool, grey day and down by the Mersey it felt a little cooler again. 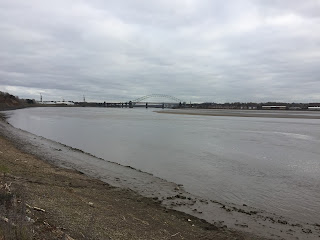 Reaching the car park at Pickerings I walked along towards Ditton Brook bridge having a quick scan of the hordes of Dunlin and Golden Plover on the way down. Gull numbers were particularly poor today with only a handful of mixed Herring, Lesser Black Backed, Great Black Backed, Black Headed and Common. 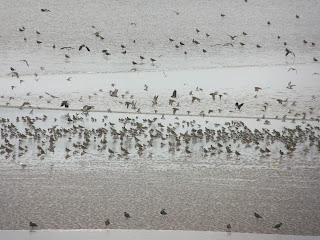 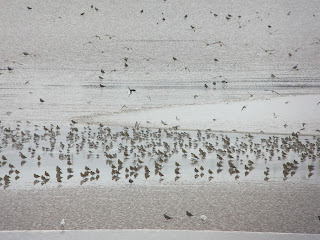 I met Tony on the bridge and we enjoyed watching the waders being pushed around ahead of the incoming tide. Rough estimates of 500 Golden Plover, 400 Lapwing, 1700 Dunlin, but with birds constantly moving it was hard to pick much else out. A Chiffchaff and a couple of Bullfinch were calling from the inland side of the brook, but there was no sign of any Sandpipers (of any flavour). 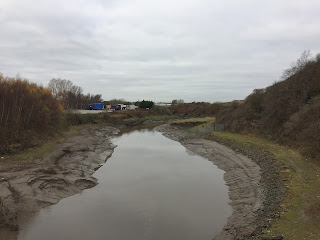 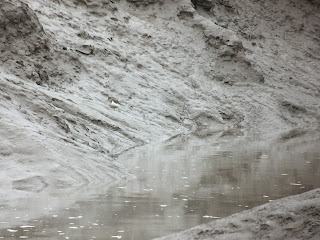 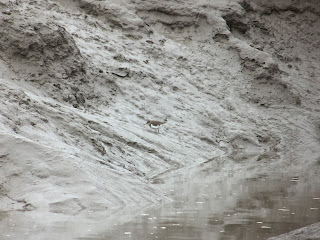 Ditton Brook held a small number of Eurasian Teal and a Grey Wagtail. Eventually I picked up a Sandpiper which appeared from nowhere, without doubt a Common Sandpiper showing all of the expected features. A quick scan of the Runcorn Bridge revealed one of the local Peregrines. We decided to head back, and whilst Tony decided to stay and have some lunch I headed off round to Town Lane before heading home. 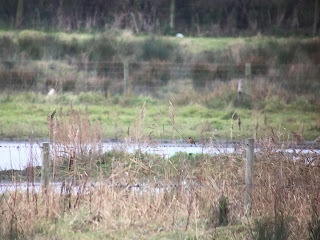 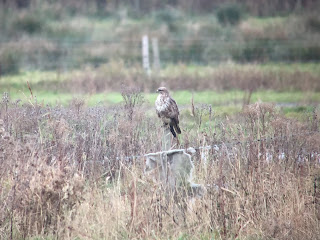 Parking on the bridge on Town Lane I was greeted by a flock of 68 Pink Footed Geese flying NW over my head. I quickly located one of the now regular Water Pipits, which showed well albeit distantly. A male Stonechat was along the back edge of the pools, with a Common Buzzard keeping it company (and almost certainly responsible for a lack of ducks and waders on the pools). A Kingfisher zipped through and along the back of Ramsbrook, and a second Peregrine of the morning towered over the back of the decoy. 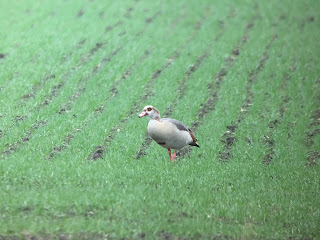 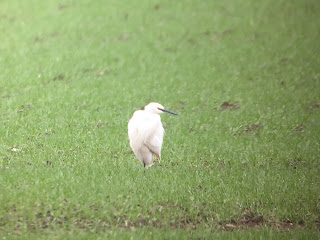 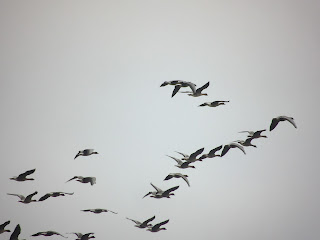 Moving round to Carr Lane the Egyptian Goose was waddling about in the field at the back of the flooded field, whilst a Little Egret decided to keep it company. The Cetti's Warbler let out a few squeaks and then an almighty call, which seemed to upset a few of the Water Rails that responded by squealing their heads off. The Pink Footed Geese decided to give me a second flyby, having been flushed from the fields towards Ramsbrook Lane. But with my very limited time running out I headed home.