Winding down for the Holidays

I managed to grab a few hours out on patch, but in reality should probably have just stayed at home or done some Christmas shopping. It was a lovely bright winters afternoon, and it felt relatively warm in the sun. It would have been a lovely afternoon was it not for the sounds of guns ringing out from across the patch, which almost certainly contributed to the lack of birds on patch. 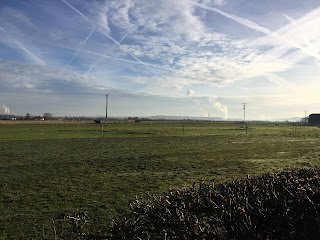 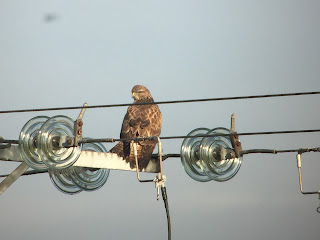 I decided to have a quick look at Burnt Mill Farm on the way down Carr Lane. Sadly it was fairly quiet other than a few Common Buzzard enjoying the warm sunshine. The fields were remarkably birdless other than a handful of Skylark and Meadow Pipits. A continued scan of the fields was eventually rewarded with a few small groups of Fieldfare and Redwing, but sadly nothing rarer lurking in their midst. 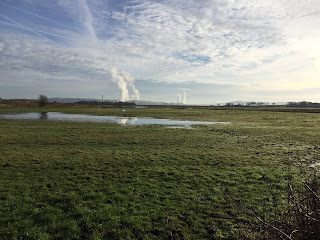 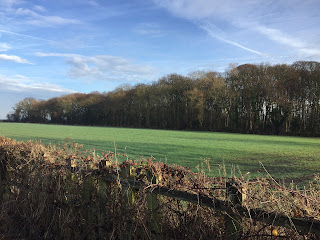 Parking up by the bridge on Carr Lane I could hear a small group of finches on the edge of Great Boar Wood. On closer inspection of the flighty flock of c.250 finches I picked out a few Siskin, Lesser Redpoll, whilst I could hear a Brambling from somewhere within the edge of the group. A Great Spotted Woodpecker and Nuthatch could be heard calling, whilst a number of Common Buzzard were mewing from the wood edges. The flooded fields were quiet with only a solitary squealing Water Rail, a Little Egret in Ramsbrook and a single Stonechat on the Carr Lane Pools side. 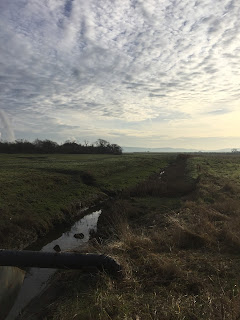 Town Lane was equally quiet with a single Stonechat and a Grey Wagtail being the sole highlights. A small number of pipits were feeding on the wrong side of the ditch that runs through the edge of the main pools, but the majority all looked like Meadow Pipit and there was not even a peep out of the Water Pipits. 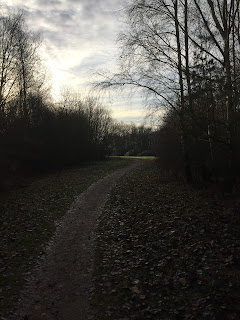 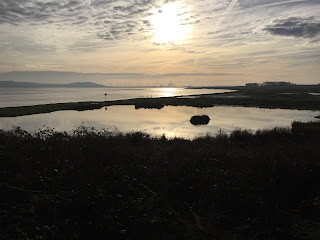 The walk down to the hide at Pickerings was like walking through a ghost town with only a occasional peep out of a Robin or Dunnock, but not a single tit or crest to be heard. Reaching the screen it was just as quiet, other than c.700 Canada Geese feeding out on the marsh. A small number of waders came and went, but with the tide not as high as yesterday it was probably not too much of a surprise. 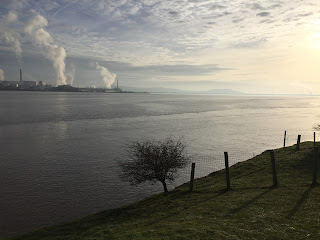 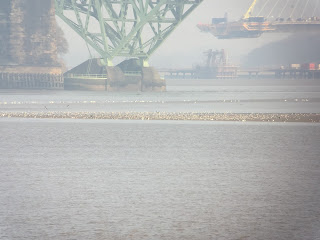 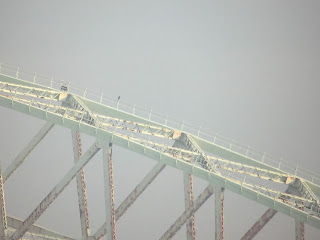 The roost on no mans land was quite impressive however with c.10000 Dunlin, c.600 Golden Plover, c.200 Curlew, c.300 Redshank, but sadly most of the birds were just too distant to do much with. Gull numbers weren't too bad with c.200 'large' Gulls, including a smart adult Yellow legged Gull (initially picked up by Rob Cockbain). One of the Peregrine's were sat up on the bridge, but with the tide pushing all of the waders around I decided to head back to Carr Lane Pools. 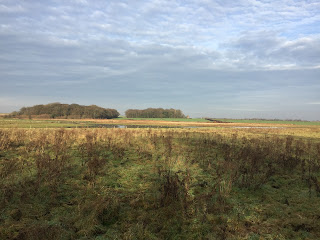 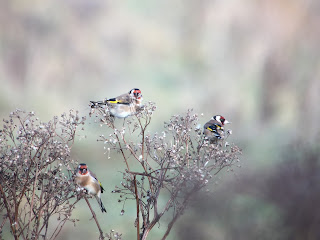 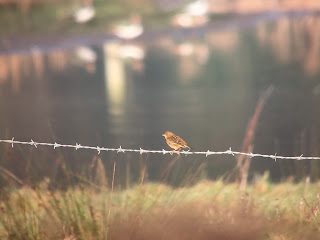 I decided to park by the gate on Town Lane, and was finally rewarded with a single Water Pipit flying around calling. With a better view of the pools I found 9 Common Snipe, 1 Wigeon, c.90 Eurasian Teal, 8 Shoveler, 6 Lapwing. The fences and fields held good numbers of Goldfinch and Meadow Pipit. A couple of Kestrel and Common Buzzard were perched up, but there was little else about. 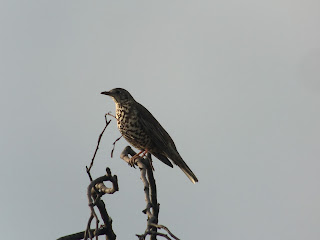 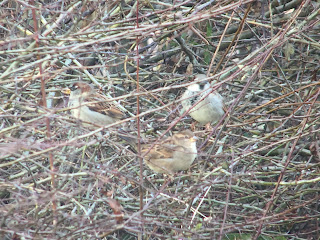 Of note though were the good numbers of House Sparrow in the hedges (a sad indictment of the decline of this species over the years). A couple of Mistle Thrush were stealing the berries that I had earmarked for the Waxwings, but nevertheless they are still nice birds to see. With little else showing I decided to head home.