Although I was up visiting the folks in Southport, I still managed to squeeze in a bit of birding with the boys - well when I say birding it was more strategic stops in suitable areas. At the end of the day it would have been rude not to have stopped to pay our respects to the Cattle Egret at Hightown! With the recent reports indicating that the Egret had been a little more mobile, it was nice to pick it up immediately as I pulled up at Sunny Fields Garden Centre. 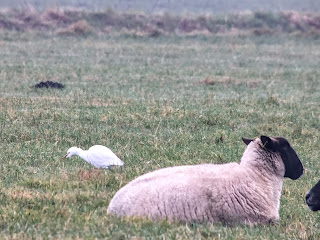 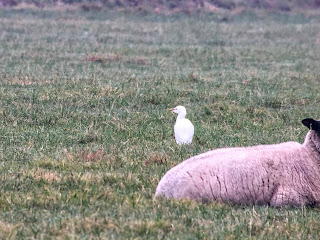 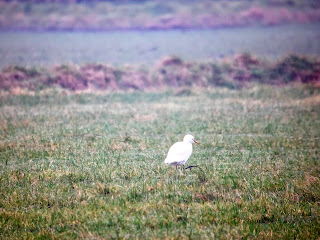 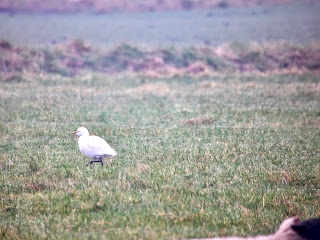 My eldest lad didn't seem too impressed, seemingly more interested in the sheep in the same field. But the Cattle Egret performed well, even if the poor light and murk prevented any really decent pics. 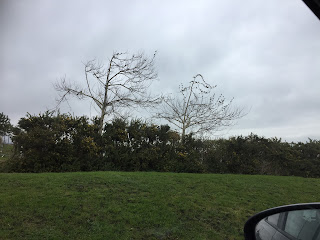 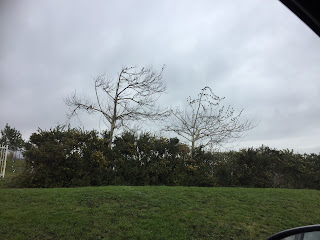 Taking the more scenic route up the coast road to Southport I stuck on Marine Drive, intending to stop to have a quick look for the Twite. However I didn't even need to look as a flock of about 150 Twite  with a few Linnet hangers-on flew across the road and landed in trees opposite the KFC. Sadly they flew back to the saltings as soon as I opened the door, but I'm sure I'll be back for a proper look. 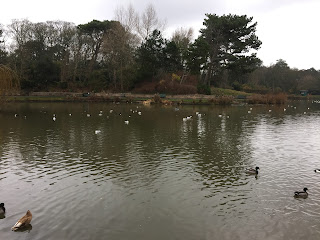 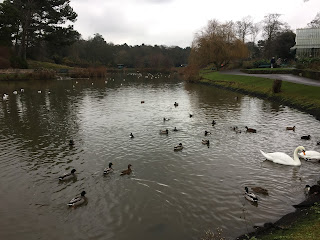 A family walk around Hesketh Park revealed plenty of Tufted Duck and more surprisingly a male Shoveler floating about. There were good numbers of Nuthatch, Great Spotted Woodpecker and a few Siskin flying around. Whilst there were also a surprising number of very vocal Goldecrest. 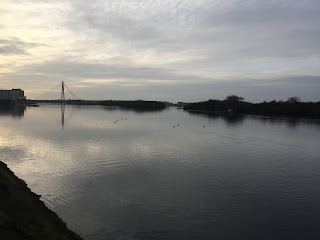 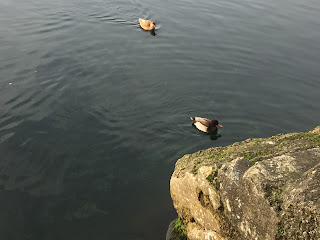 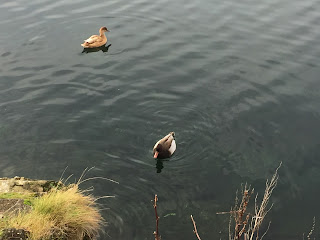 The Marine Lake held 3 Goldeneye (2 male and a female), a couple of Little Egret and Little Grebe. A good scan through the gulls revealed a smart adult and 3rd winter Yellow Legged Gull.....in retrospect I should have popped back to my folks to get my scope and take some pics! But best of all (!!) were 2 very manky looking hybrid Red Crested Pochard, which appeared unringed, fully-winged and wary (ahem!!). 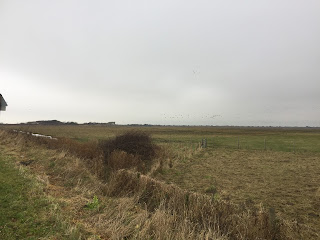 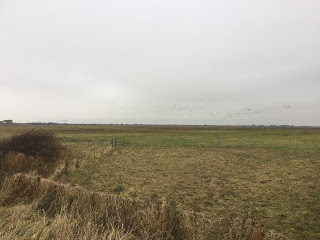 Before heading home I had a very brief look at Marshside hoping that I might be lucky and stumble across the Lesser Snow Goose. Sadly it wasn't to be; probably not helped by some surveying work on the marsh. However there were still good numbers of Pink Footed Geese and stacks of ducks. By now the boys were getting a little restless, so I headed home after an enjoyable off-patch spot of birding.