With the impending arrival of the terrifyingly named Storm Barbara (seriously!!), I managed to get a few hours out on patch this morning. Another lovely winters day with bright sunshine and plenty of blue sky. The wind had already started to pick up, and although it was from a south-westerly direction it still made it feel a little chilly. 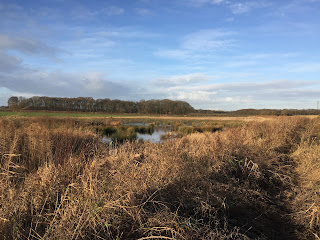 Although the recent weeks have held some good patch birds, it is now starting to feel a little "samey". Carr Lane held the expected Cetti's Warbler and Water Rail, whilst a little kick around at the back produced c.150 Eurasian Teal and a single female Pintail. A 1st winter male Stonechat was feeding along the hedgerow, but a Merlin scooting through quickly made it seek cover. 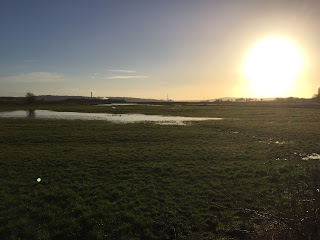 A single Water Pipit was feeding along the edge of Carr Lane Pools close to the old bath. The Pools held the expected numbers of Eurasian Teal, Redshank and Lapwing, but little else of interest. A Sparrowhawk flew through scattering everything, and revealed a number of Pipits, the majority appearing to be Meadow Pipit, but contained at least 1 Water Pipit. 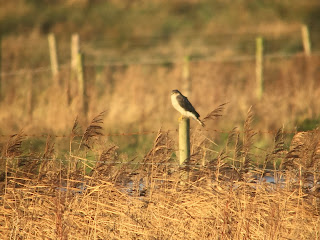 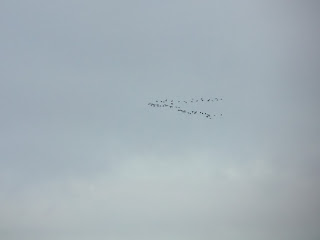 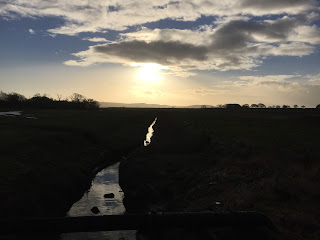 Moving round to the bridge on Town Lane, the Sparrowhawk was sat on the central fenceline which was causing chaos amongst the birds on the pools and flooded field. A single male Stonechat ventured out to sit on the same fenceline, not sure whether it was brave or stupid?! A flock of 68 Pink Footed Geese flew SW over, heading towards Garston. Hale Marsh was very quiet other than a couple of Little Egret, and the Peregrine scoped distantly on the blue-topped chimney. 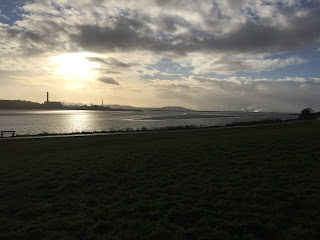 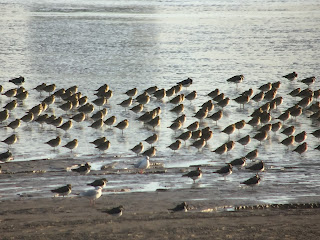 After an unsuccessful drive through Halewood checking for Waxwing, I headed towards Pickerings Pasture. The low tide resulted in the waders being very spread out, other than a flock of c.700 Golden Plover and c.600 Lapwing. There were small numbers of gulls, but a decent scan through failed to pick anything decent out; hopefully the New Year will bring another influx of white-wingers. 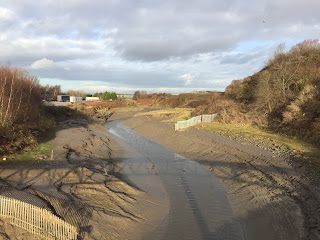 Ditton Brook held c.50 Eurasian Teal and a single Common Sandpiper, but very little else until I picked up a Chiffchaff low down in the scrub on the east side of the brook. Scanning further I picked up a second "Chiffchaff" which had a very milky-tea coloured appearance to it, with clean white underparts. Sadly it remained silent and I wasn't able to get much else on it before it worked further up the side of the brook and disappeared around the corner. Certainly a good looking tristis candidate, so hopefully it'll reappear and give some calls. 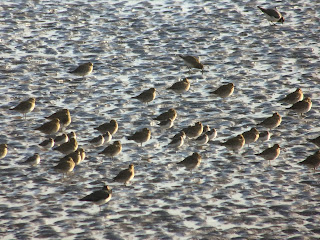 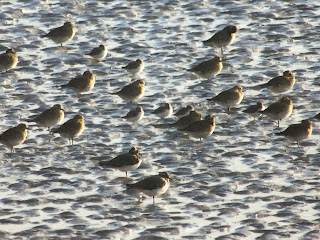 Walking back to the car I was pleased to see that the waders were being pushed in ahead of the incoming tide. The Golden Plover flock had swelled to c.1200, whilst there were at least c.4000 Dunlin. Despite a thorough grilling I failed to find anything else, although the bright winter sun was reflecting off the mud making viewing difficult. A couple of Bullfinch and a small tit flock kept me entertained as I returned to the car. 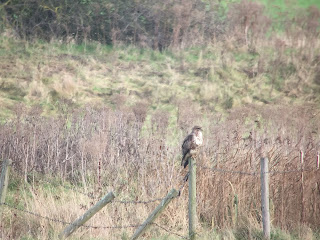 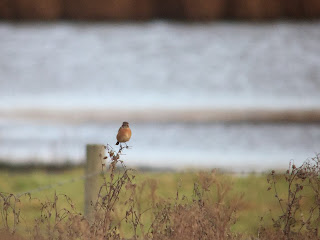 I stopped at the gate on Town Lane to have a catch up with Rob Cockbain. 2 Stonechat (male and female) were feeding along the fenceline, and a Common Buzzard had taken the Sparrowhawks post. The Pools held a couple of Wigeon, Eurasian Teal, Redshank and Lapwing, but very little else. A few more Common Buzzard and Kestrel were sat around in the back fields, but with my available time running out I said goodbye to Rob before heading to have one last quick look at Carr Lane. 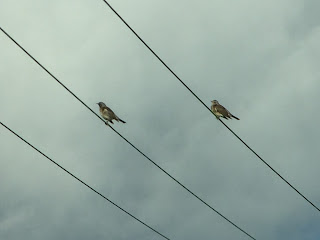 A slow drive up Carr Lane with some regular stops found a few decent sized groups of Fieldfare, 7 Yellowhammer, single Corn Bunting and 48 Linnet. I headed home hoping that Storm Barbara may at least blow something new onto patch within the next few days......