I managed a late afternoon visit to the patch still hopeful that I would find a late yeartick. The early morning frost had cleared, leaving a cold but bright and sunny afternoon. After a bit of deliberation on the way down I decided to head towards Pickerings again. I had slow drive around Halebank village checking out all of the berry bushes in the hope of finding a Waxwing....no such luck. 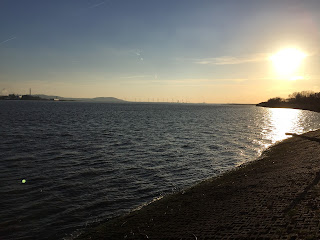 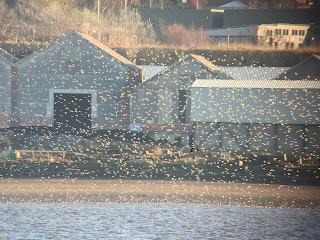 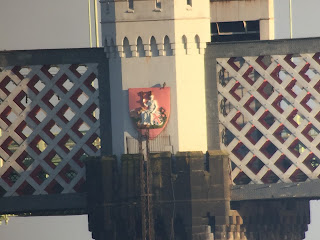 I hadn't quite timed the tide right, so most of the exposed mud left was on no mans land. But even at a distance the spectacle of watching thousands of waders flying around was something to behold. A rough estimate of c.3500 Dunlin, c.200 Golden Plover and c.400 Lapwing, among the Redshank, Curlew along with the odd Grey Plover and Ringed Plover. The Peregrine was again sat up on the bridge and made a few sorties out into the wader flocks, returning with some unfortunate Dunlin a little later. With most birds sat to far away to look through properly I decided to head back towards Town Lane. 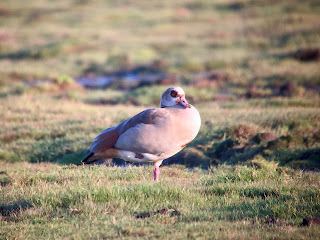 The Egyptian Goose had again relocated, this time by the bridge on Town Lane. It was again kept company by a few Little Egret which were feeding in front of the decoy. A couple of Stonechat were feeding distantly out on the marsh, whilst a scan of the Canada Geese eventually located the Barnacle Goose again. Small numbers of Meadow Pipit were exploding from the marsh, whilst 2 Grey Wagtail flew over calling. 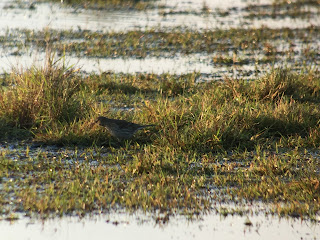 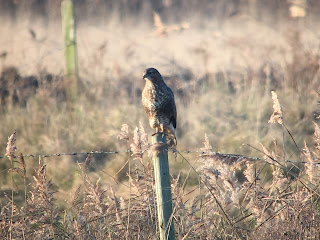 Up to 3 Water Pipits were actively feeding on the edge of the flooded field by Town Lane bridge, whilst the flood itself held a few Shoveler among c.80 Eurasian Teal. Clearly the Common Buzzard sat up on the fenceline wasn't scaring them off today. A Sparrowhawk was circling over Great Boar Wood, whilst up to 5 Kestrel were around - not a good day to be a passerine! With little else of note I had a slow drive around Hale village, again looking for Waxwings, and again coming up blank. 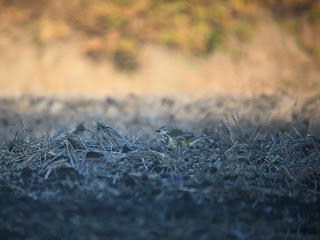 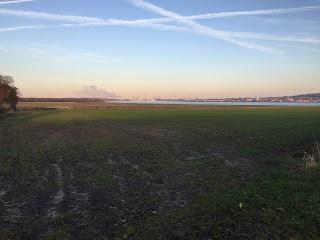 I decided to have a quick look along Within Way before heading to Carr Lane for dusk. The fields were full of Mistle Thrush and Curlew, with small groups of Redwing and Fieldfare feeding in the hedgerows. Viewing Hale Marsh was rather disappointing with no raptors of any note coming in to feed. A Sparrowhawk darted through, whilst a couple of Common Buzzard were mewing from the copses, but none of the expected Merlin or Peregrine?! 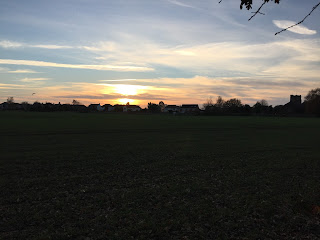 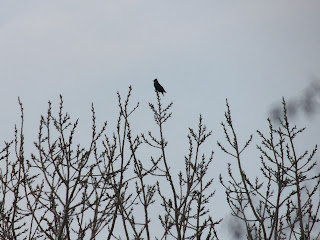 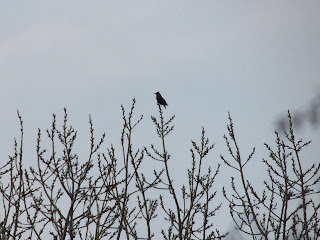 Walking back to the car I picked up a bird flycatching above the rooftops which looped back down onto the top of one of the tallest trees. A nice crest and plump appearance got the pulse racing, but setting up my scope I was disappointed to find it was just a Starling!! Clearly this one has spent too much time with the "Kool Kids", hopefully the next punk I see on patch will be the real thing. 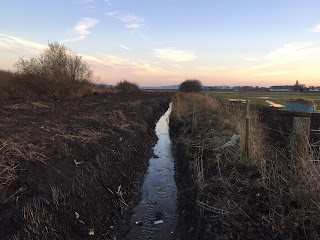 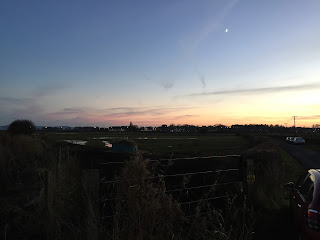 Moving round to Carr Lane for dusk I was joined by Iggy, Mike, Rob and Carol. The Cetti's Warbler was making a few noises from the edge of Ramsbrook, whilst a few Water Rail were calling from the flooded field. A few Common Snipe flew over towards Carr Lane Pools, but light was quickly fading. It was bitterly cold, and having lost all feeling in my toes I decided to leave, maybe a little too soon as the Barn Owl appeared just after. 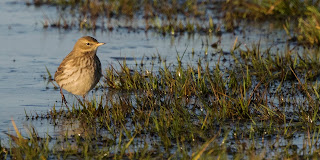 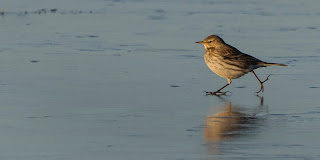 Mike Roberts kindly sent me over a few pics of the Water Pipits from that morning....amazing what a decent camera can produce!!