Last weekend was wiped out due to excess alcohol and family commitments, so it was nice to finally get out and about again. Although it was bright and sunny when I left the house, it soon became apparent that the early morning fog hadn't quite cleared from patch. Although it was clear enough to bird, there was still a light mist to the patch which thickened as the afternoon went on. 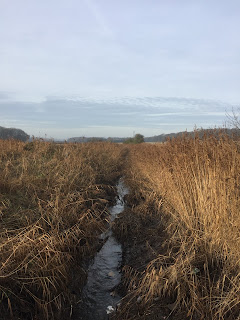 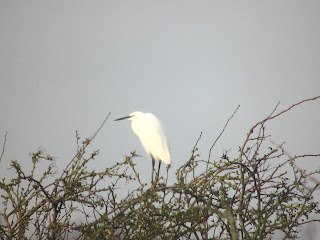 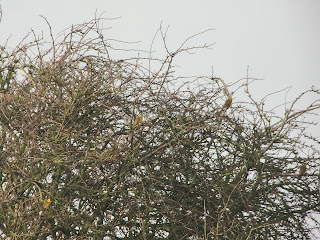 I parked up by the bridge on Carr Lane and quickly picked up the Cetti's Warbler calling from Ramsbrook, but sadly it remained hidden throughout my visit. A Little Egret was roosting in one of the hawthorns, whilst at least 12 Yellowhammer were sat in the next hawthorn (a good count for the patch). A Water Rail squealed briefly from the dense vegetation, and good numbers of Grey Partridge were feeding along the hedgelines. A Merlin dashed through heading towards Hale Marsh, and there were a number of Common Buzzard sat up in various vantage points. 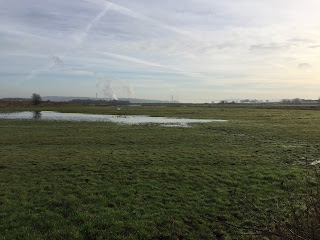 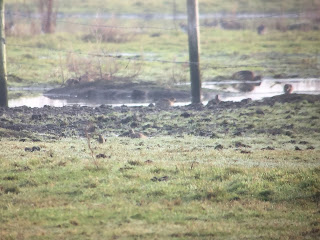 Turning my attention to the Pools side of the road I picked up 2 Water Pipit feeding towards the old bath, sadly they were both distant but vocal when flushed by a Kestrel and Sparrowhawk. The Pools were fairly quiet other than the usual selection of Eurasian Teal, Mallard, Shoveler, Redshank and Lapwing. A male Stonechat was feeding along the fenceline, often getting a hard time from a couple of the local Robins. 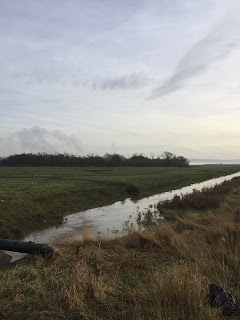 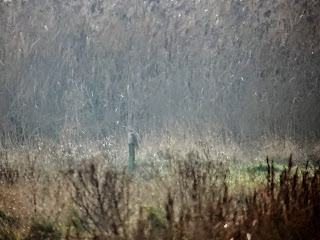 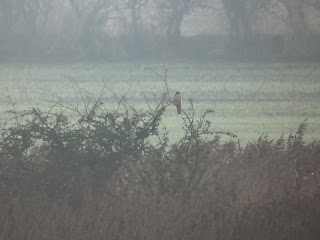 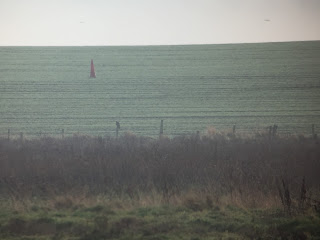 Parking up on the bridge on Town Lane I had a scan across the marsh and quickly picked up 3 Merlin (a distant male, 1cy male and female), sadly light and distance doesn't do the birds justice. A Peregrine zoomed across the marsh heading towards the dark side (aka Frodsham), and flushed a Green Sandpiper from Ramsbrook. Many of the Canada Geese were feeding out of sight, so I wasn't able to give them much a grilling to see whether there was anything else hiding amongst them. 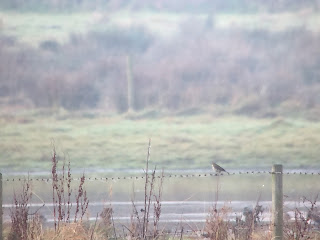 The flooded field held at least 2 more Water Pipit, but again they were distant feeding along the recently cleared ditch. However they often perched up on the central fence allowing reasonable views. There was very little else about other than a handful of Eurasian Teal and a single Black Tailed Godwit. 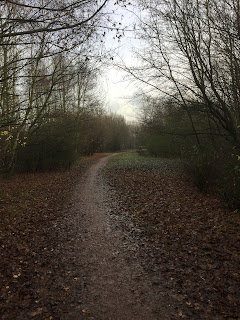 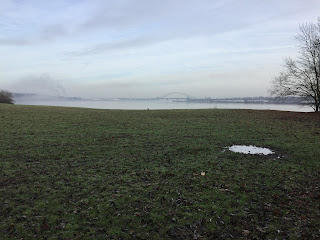 I headed round to Pickerings parking up by the United Utilities entrance. The mist was by now starting to thicken a bit more, and the walk down to the hide was quiet other than a few small mixed tit flocks which only produced a couple of Goldcrest and a Great Spotted Woodpecker. A couple of Grey Wagtail were feeding on the settling beds among a handful of Meadow Pipits. I think I might need a stepladder to get a proper look into them though! 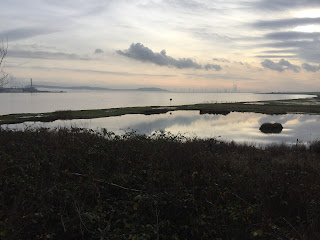 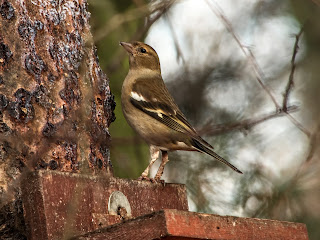 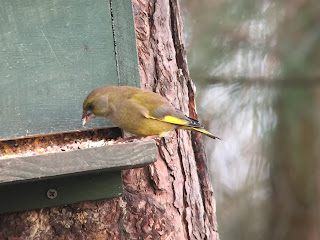 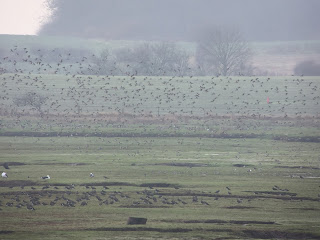 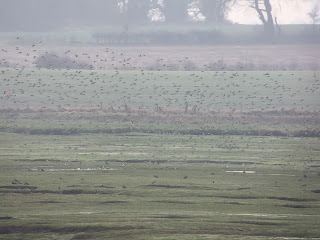 I reached the hide at just the right time, with the 7.8m tide due in the next half hour. Groups of waders were constantly on the move with c.4000 Dunlin finally roosting. I picked up singles of Curlew Sandpiper and Little Stint in the calmer moments when the roost wasn't being harassed by the Merlin. c.150 Golden Plover briefly flew over the marsh, but decided against landing and headed off towards the bridge. The feeders were alive with birds, sadly nothing rare but nice to get up close and personal with a number of common species. 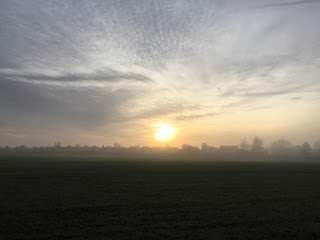 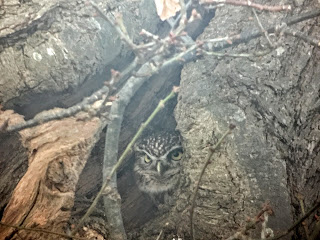 After a momentary lapse of patch dedication I headed towards Garston to catch up with the Short Eared Owls, but failing to find anywhere close to park (without fear of getting the car broken into), I decided to head back to Within Way. By now the mist had turned to quite a heavy fog, but fortunately I was still able to catch up with the local Little Owl. I was pretty much birding by ear, as the fog descended and made viewing near impossible. After a brief drive around Hale village again hoping for roosting Waxwing I headed to Carr Lane. 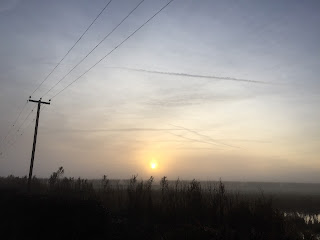 Visibility was awful, but I could just about make out a Stonechat along Ramsbrook and could hear a few Water Rail squealing away. But with visibility down to nearly 10m I decided against hanging around for much longer and headed home.